Listen to the third episode of the #ReThinkHealth Podcast powered by Centre for Innovation in Medicine. Dr. Marius Geanta, the host and president of the Centre for Innovation in Medicine talks to Dan Staner, vice president of Moderna, responsible for the markets across the EMEA region (Europe, Middle East and Africa). The story of Dan Staner begins in Bucharest, Romania, where he was born and raised to the age of 11.

Their discussion focuses on how the Moderna Covid-19 vaccine reached the market in record time, without making any compromise on safety and quality, as well as on what products are coming next using the mRNA technology.

“The Moderna world became reality from a company which was based on a ten years dream of our CEO, who believed to build a new mechanism of action, a new set of pharmaceuticals after the small molecules revolution, the biologics revolution. He believes that mRNA will be the third revolution. And I think his dream became reality at the end of 2020 in the US and at the beginning of 2021 in Europe”

Moderna has recently published new clinical data on the mRNA-1273,214 vaccine, which contains the contents of the mRNA fragment from the original Spikevax vaccine, as well as a new mRNA fragment adapted for the Omicron variant. A booster dose of this vaccine results in a higher titer of neutralized antibodies against the Omicron variant one month after administration compared to the first version of the vaccine (mRNA-1273). The new data suggest the possibility of a longer protection and the mRNA-1273,214 vaccine meets all the characteristics to become the booster dose for the fall of 2022, with the intention of approving the bivalent vaccine until end of summer. In this context, a single booster dose per year would be needed. 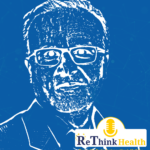