Innovation in breast cancers: what is the role of tumor microenvironment and fibroblasts?

Listen to the fourth episode of the #ReThinkHealth Podcast, powered by Centre for Innovation in Medicine. Dr. Marius Geanta, the host and president of the Centre for Innovation in Medicine talks to Professor Fatima Mechta-Grigoriou, Director of the Stress and Cancer Laboratory, Coordinator of the Breast Cancer Scientific and Medical Program, and Scientific Director of the Cancéropôle Île-de-France, Institut Curie, Paris, about breast cancer innovations and her recent research presented during the American Association for Cancer Research Annual Meeting.

Cancer immunotherapy has emerged as an effective therapy in oncology. However, despite encouraging results, many patients with advanced cancer do not respond to immune checkpoint inhibitors, and little is known about the mechanisms of primary resistance. Identification of biomarkers that may reliably discriminate between responder and non-responder patients before initiating therapy is hence needed to select patients who are likely to benefit from immuno-oncology drugs.

“Breast cancer represents an heterogenous pathology. There are many different physiological features which are already well known in being involved in this pathology. But in addition to known physiological and clinical aspects, clinicians and biologists have also now identified different molecular subtypes of breast cancer.

And finally, there is a third sub-group of patients who are referred to as the triple negative breast cancer patients, because these patients do not express hormonal receptors on the one hand, and on the other the tumor is not amplified for the ERBB2 oncogene.

So those three main molecular subtypes are currently included in breast cancer class. The luminal breast cancer patients represent the majority of patients – around 70% of cases, and the HER2 and triple negative breast cancers, around 15% of the cases. 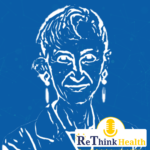 Innovation in breast cancers: what is the role of tumor microenvironment and fibroblasts?
Rethinking health with Fatima Grigoriou